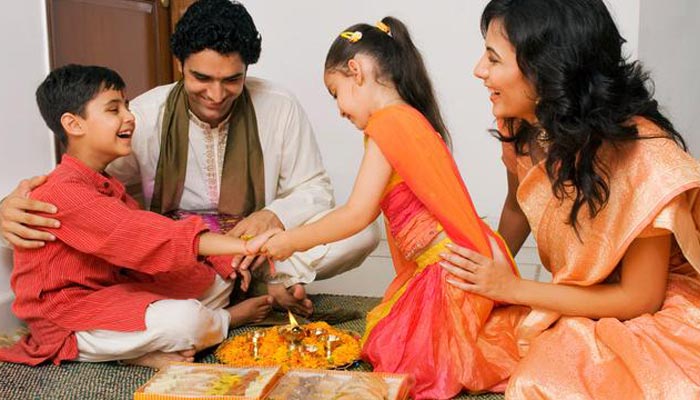 Raksha Bandhan festival has evolved into a famous festival in India over the years. However, the Rakhi festival is no longer limited to Hinduism. People of various faiths tie their siblings’ wrists with a protective thread. Every festival in India has its unique cultural significance and history, like Raksha Bandhan 2023. The same festival can be held all around the country, with different customs. This year’s Raksha Bandhan is no different. The festival’s primary intent is to strengthen and celebrate the brother-sister relationship. The occasion is celebrated in most country regions by the sister tying a rakhi on her brother’s wrist. The celebration takes on different colors in other country sections with the Best Rakhi Gifts Online.

India is a diverse country. It is a combination of cultures and customs. With each region lending its distinct flavor to the occasion, India is undoubtedly the place to be on Rakhi. Not just by tying the sacred thread, but several states have their own unique Rakhi Festival meaning. Raksha Bandhan is approaching, taking place on August 30, 2023. Sisters tie holy knots or thread around the wrists of their brothers on Raksha Bandhan, which is a symbol of asking for and receiving protection. The brother swears to keep their sister safe from harm.

This beautiful occasion is celebrated with excitement and happiness throughout India, regardless of religion or caste. Delicious Raksha Bandhan sweets and thoughtful gifts are exchanged amongst siblings to round off the celebrations. The significance of the rakhi festival can be gauged by the fact that it strengthens the bond between a brother and sister, which is a distinctive feature of Indian culture. Raksha Bandhan has been celebrated since ancient times, and there are a few legends surrounding this custom. You may now effortlessly send Rakhi online, and even if your brother lives outside of India, your Rakhi will reach him regardless of the distance! Learn more about the 2023 Raksha Bandhan celebrations in various states. North, south, west, and east are the country’s four prominent regions. Here is the significance and ways this beautiful festival is celebrates in India:

The celebration of Raksha Bandhan is significant for ranchers since it marks the beginning of the wheat and grain planting season. Only women who have given birth to children can participate in the festival’s traditions. They collect soil in a cup made of leaves, which is then venerated for seven days in a dark room before being submerged in a lake or waterway. People pray to Goddess Bhagwati for family prosperity and a plentiful harvest. This holiday is crucial for farmers as the wheat and barley sowing season begins. Goddess Bhagwati is prayed to for the family’s well-being and a prosperous harvest.

The North of India is unlike any other region in the country. It’s a magnificent fusion of cultures from Kashmir to Punjab’s remote states. On this auspicious day of Rakhi, the people of Haryana celebrate Salano, in which priests bind good luck and charm amulets to people’s wrists to fend off evil. Following the Rakhi ritual, kite flying adds to the festive atmosphere. To celebrate Rakhi, people fly kites of many colors, shapes, and sizes. In Jammu, the leading Raksha Bandhan custom is kite flying, and the kite string is known as ” GattuDor” in the state. During the festival, many individuals will be competing in kite-flying competitions. You can also buy Rakhi Gifts for Sister with a trusted online gift shop for a happy Raksha Bandhan celebration.

West Bengal, Bihar, Jharkhand, and Orrisa are some states in India’s eastern region. Raksha Bandhan is celebrated in these places with the same cultural depth and diversity as its equivalents. As the sister binds the Rakhi to her brother’s wrist, there is a joyful exchange of love. The brother, in turn, lavishes her with Rakhi Gift Hamper. Rakhi is celebrated differently in the eastern states of West Bengal, Orissa, and Bihar. In West Bengal and Orissa, the goddesses Radha and Krishna are revered.

Rakhi celebration is known as Shravani or Kajari in Bihar, Chattisgarh, Jharkhand, and Madhya Pradesh. Women and farmers alike hold this day in high regard. This celebration, known as JhulanYatra, honorsRadha and Krishna’s love story. A week-long stunning show of elaborately decorated swings and singing and dancing takes place, and this is a significant occasion, especially for Vaishnavas. Rakhi has evolved into a famous festival in North-east India over the years.

Assam and Tripura, a substantial Hindu population, celebrate the event more passionately. Rakhi has evolved into an exceptionally unique occasion in the North-Eastern portions of India. The celebrations in the north-eastern district begin with great enthusiasm. In Bengal, Raksha Bandhan is known as “JhoolanPoornima,” during which the family prays to Lord Krishna and Radha Rani for the happiness and success of their brothers. A week-long festival includes a spectacular display of decorated swings and dancing and singing. The celebration is enthusiastically and joyfully enjoyed.

On this auspicious day, the people of Gujarat worship Lord Shiva. Anyone who worships Lord Shiva on this day is free of all sins. Pavitropanais formed of Pavitras, a few cotton and kasa grass filaments intertwined and knotted together, then soaked in a Panchgaivya mixture of five products obtained from the cow. The Shivalinga is then wrapped with this thread. This festival is significant for individuals who live along the coast, notably the fisher community, who rely on the ocean for their livelihood. The Monsoons begin to withdraw around Rakhi Purnima, and the roaring ocean calms down.

The new fishing season begins, and the fishers thank Lord Varun, the Hindu Rain God, by throwing coconuts into the sea. In western India, Rakhi falls on the same day as “Naariyal Purnima” in Maharashtra, Goa, and Gujarat. This adds to the solemnity and auspiciousness of this momentous occasion. The Coconut Full Moon, also known as Nariyal Purnima, is a particular celebration devoted to Lord Varuna, the sea god. The fishing community here presents Lord Varuna with coconuts. Rakhi is celebrated in Gujarat along with the Pavitropana festival. Gujaratis, devout followers of Lord Shiva, pray to him on this day and seek his blessings.

In South India, Rakhi Purnima is known as AvaniAvittam. Brahmins alter the holy thread known as Janeyu that they wear after having a sacred plunge on this day. The Mahasankalpam, or commitment to live a life of goodness, strength, and dignity. The change in the Janeu symbolizes Prayashchit, or penance for past wrongdoings, Mahasankalp. On this day, scholars begin their study of the Yajur Veda. On Nag Panchami, Karnataka residents tie Rakhi. Rakhi Purnima is celebrated in Telugu-speaking states. It is customary for daughters to tie Rakhi to their fathers in many families.

The festivity is only for the family’s male members. People celebrate the occasion by taking a swim in the water on the full moon night in the month of Sawan. They seek atonement for all of their past crimes while executing this ceremony. The fourth day of the Pongal festival is known as Kaanum or Kanu Pongal in Tamil Nadu. On this day, women perform a KanuPidi rite in honor of their brothers. The sister ties the Rakhi thread on the wrist of her beloved brother, as is customary in Tamil Nadu, Kerala, and Karnataka, and is then showered with gifts. However, the Rakhi festival in the South does not end there. This eve is celebrated differently in different Southern states. According to legend, Lord Vishnu, one of Hindu mythology’s most renowned deities, retrieved the stolen Vedas; therefore, people commemorate their victory on this blessed day.

While Rakhi Purnima has varied meanings in different parts of India, the entire country celebrates the love and link between a brother and a sister on this day. The sister ties the traditional holy thread around her brother’s wrist on Raksha Bandhan and prays for his long life and well-being, while the brother swears to protect her from harm. This is followed by sweets, a feast, fun and games, and massive family gatherings with the best Rakshan Bandhan Gifts. Raksha Bandhan has developed through time, and now even sisters tie Rakhi to one another. It’s a time for families to reunite and bond.

That concludes the festivities and significance of the Raksha Bandhan event in various country sections. Many sisters follow the tradition of tying Rakhi. So, if you don’t have a rakhi for your brothers and siblings, buy Rakhi online and get ready to enjoy the fantastic event with Raksha Bandhan Gift Delivery via Rakhi Bazaar, a trusted online gift shop! Rakhsha Bandhan is always exceptional, whether it is celebrated in the northernmost region of Kashmir or Kanyakumari, India’s southernmost city. People all around India are immersed in the excitement of this day, creating a joyful environment across the country. Rakhsha Bandhan brings endless delight. Rakhi’s spirit never fades, no matter where it is celebrated!!

Raksha Bandhan festival has evolved into a famous festival in India over the years. However, the Rakhi festival is no longer limited to Hinduism. People of various faiths tie their siblings’ wrists with a protective thread. Every festival in India has its unique cultural significance and history, like Raksha Bandhan 2023. The same festival can be held all around the country, with different customs. This year’s Raksha Bandhan is no different. The festival’s primary intent is to strengthen and celebrate the brother-sister relationship. The occasion is celebrated in most country regions by the sister tying a rakhi on her brother’s wrist. The celebration takes on different colors in other country sections with the Best Rakhi Gifts Online.

Book lover, storyteller, nature enthusiast, content writer, and an easily fascinated person, I am all of it and much more. I create art in my free time while making web browsing interesting for you professionally.